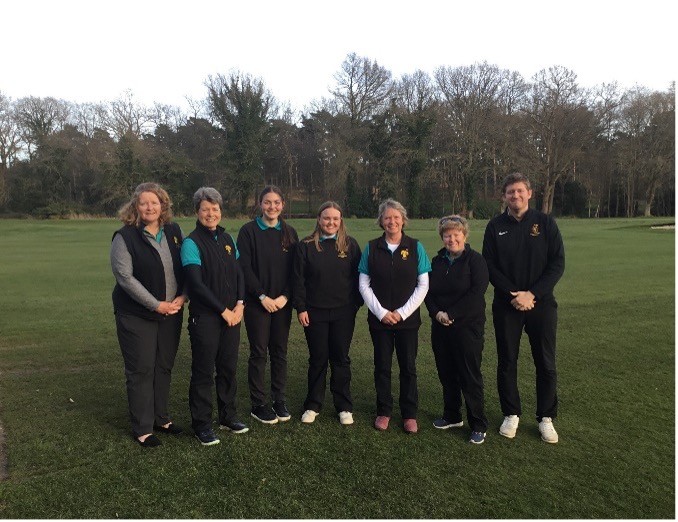 We were lucky with the weather, and had a sunny Saturday afternoon to play Wellington GC, a nine-hole course. We played 4 ball format for the first nine, then went again this time playing 4 somes. All in a very friendly ‘Sunningdale’ format.

The Wellington team are all very low handicappers, several international players amongst them, several heading off to scholarships in the US – so we had a tough task ahead of us.

The games were all played in good spirit, we had one win with Emily and Chloe beating their pair. The other two games were lost giving a 2-1 win to Wellington.

Freddie then laid on a super tea of sandwiches, cakes, coffee & tea. No Champagne unfortunately – needed though, as one of their team had a Hole in one, her first but wont be the last for that young lady.

A super afternoon of golf, I look forward to us hosting Wellington later in the year if we can get a date in the diary.